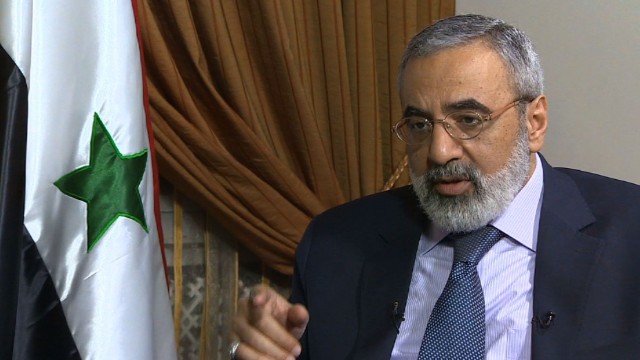 In a sit-down interview in Damascus, Syrian Information Minister Omran al Zoubi tells CNN’s Fred Pleitgen (@fpleitgenCNN) that he wants the U.S. to present proof that chemical weapons were used by the Syrian military.

“If the United States administration has proof that we used chemical weapons, then they should present this proof to the rest of the world,” al Zoubi says. “If they don’t have this proof or evidence, then how are they going to stand up to American public opinion and to world public opinion and explain why they are attacking Syria?”

Al Zoubi adds the sentiment on the streets in Syria is that America is “making a big mistake.”