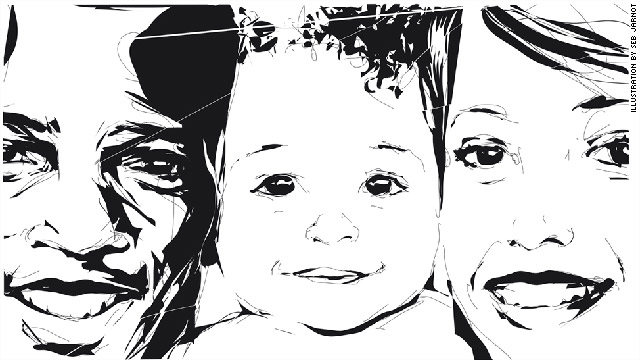 To mark the 50th anniversary of The March on Washington and Martin Luther King Jr.’s “I Have a Dream” speech, CNN iReport invited readers to share their personal experiences of “Everyday Racism,” the ways prejudice still creeps into American life. The interactive, which launched today, features five powerful vignettes about encountering racism.

The vignettes cover a range of perspectives, among them the societal reactions towards interracial couples, encountering racism at a young age, and embracing one’s identity by getting in touch with a long-lost heritage. Each story is accompanied by an illustration from Seb Jarnot and the interactive also includes a collection of quotes from other readers’ experiences with racial injustice.

The ‘Everyday Racism’ project was designed to explain the subtle and not-so-subtle ways that prejudice still exists and to engage in an open and healthy debate about the different forms it can take.

Later this week, the iReport team will host a Google Hangout on Thursday, August 29, at 1:00 p.m. ET, featuring CNN staffers and some iReporters from the project, to discuss reaction to ‘Everyday Racism’ as well as what has (or hasn’t) changed in America since King’s speech.

To contribute stories or personal experiences to the “Everyday Racism” project via social media, use the hashtag #everydayracismcnn on Twitter.