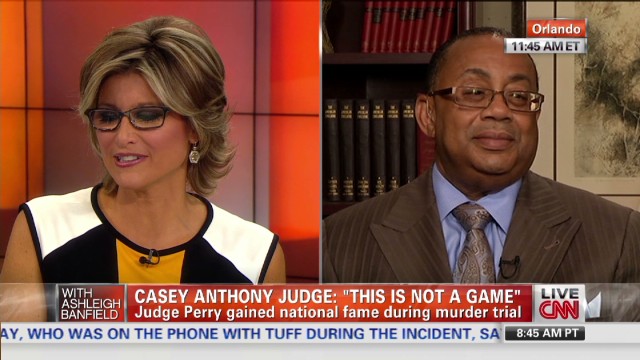 CNN’s Ashleigh Banfield asks Casey Anthony Judge if a TV show is in his future?

Banfield, who covered the murder trial for CNN, discusses with Judge Perry what it was like presiding over the trial, the verdict that stunned America and what might be next for the Judge.

On the news of a possible show:

Judge Perry said that he would love to do a show and shared what a show with him might look like.

“I think there is always a need for folks to know about the law and to be entertained — make it fun!”

“What you have to realize is that people take sides — they look at things through a different filter, evidently the jury did that. They made a decision based on their view of the evidence.”

On America’s obsession with courtroom drama:

“Whether we like it or not, court proceeding have begun to dominate our lives.  With access to courtrooms by cameras it has basically fueled the thirst for coverage and people like to see its democracy in action.”