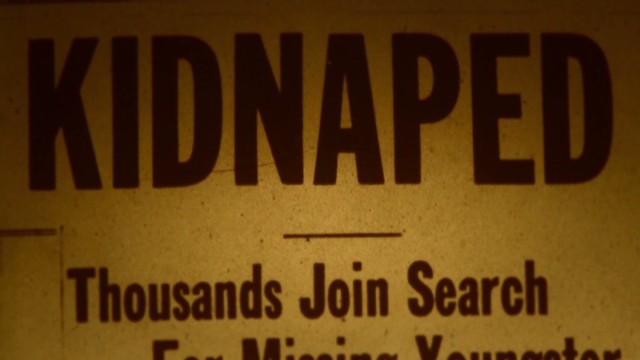 CNN Digital published an interactive magazine about the 1957 kidnapping and murder of 7-year-old Maria Ridulph – the nation’s oldest cold case to go to trial. Taken is a five-part series rolling out on CNN.com’s homepage this week and will leave users to debate whether justice was truly served and if the whole truth was unveiled.

In an age before Amber Alerts and missing kids on milk cartons, the case seized the nation. J. Edgar Hoover got involved; President Dwight D. Eisenhower followed the case. But a rigorous investigation was followed by a half-century of silence.

CNN Digital’s Ann O’Neill gained unprecedented access to the information on the case. Once the murderer was sentenced, O’Neill spent 8 months piecing the story together and her descriptive storytelling and wealth of evidence teleports the user back to the time the case began.

In addition to obtaining a video copy of the convicted killer’s eight-hour interrogation, exhibits presented at trial were unsealed at CNN’s request by the Second District of the Illinois Appellate Court. O’Neill also traveled to Seattle and Sycamore, as well as Menard, Illinois, to interview the convicted killer in prison with video producer Brandon Ancil.

The design of the online magazine enables users to delve into the case and become fully immersed in its chilling details. With a film noir feel, video effects, eerie motion graphics and nuanced visual transitions, the magazine conveys a cinematic feel that grips readers and captures their imagination, as they click through public records, vintage photographs and evidence from the scene.

Each day this week, a new chapter of the series will be featured on CNN.com’s homepage. Viewers can see Don Lemon’s special from Saturday and the New Day segment from this morning. To join the conversation on Twitter, use the hashtag #ColdestCase. O’Neill will be hosting a live chat on Facebook at 12pmET this Thursday to answer any questions about her experience reporting on the case.