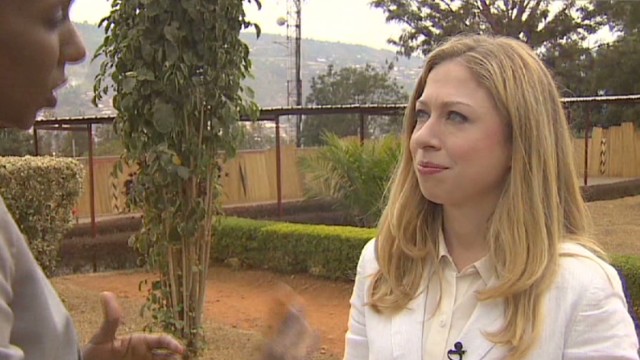 CNN’s Nima Elbagir (@nimacnn) spoke exclusively to Chelsea Clinton Monday in Rwanda, where the daughter of former U.S. President Bill Clinton and former U.S. Secretary of State Hillary Clinton is in the midst of a nine-day, six-stop African trip with her father. Clinton admits she’s still not ruling out a future run for office.

On running for office
“Not now. I’m so grateful for the work I’m able to do in places like Rwanda – I know that I’m making a difference. I’m also grateful to live in a city and a state and a country where I really believe in my elected officials, and their ethos and their competencies. Someday, if either of those weren’t true, and I thought I could make more of a difference in the public sector, or if I didn’t like how my city or state or country were being run, I’d have to ask and answer that question.”

Image after the jump.