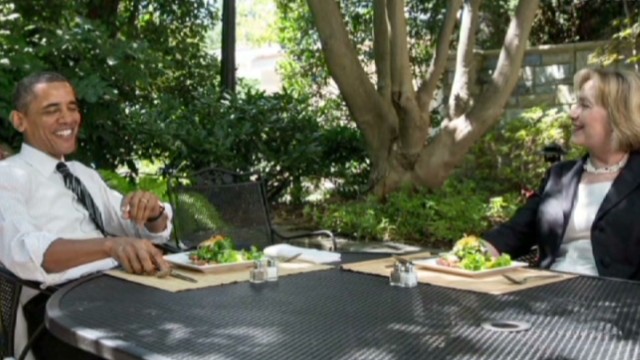 On Hillary Clinton meeting with the President and Vice President, Begala told CNN’s Chris Cuomo, “Part of what maybe they’re trying to convey is the unity of the Democratic party, while there is this very public and sometimes personal fight in the Republican party between more moderate Northeasterners like Peter King, the Congressman from New York, or Chris Christie, the Governor from New Jersey, versus Ted Cruz, the Senator from Texas, or Rand Paul, the Senator from Kentucky. There’s a terrible fight in the Republican party going on and here, for once, it’s the Democrats who are united.”

On the Anthony Weiner controversy, Begala said, “I have not been in touch with the [former] President [Clinton] or Hillary about this. But you know, the rest of us in Clinton land, we all talk. This is personal; it is not political,” Begala said. He continued, “We love Huma and she’s going through pain. And this… scandal she is going through – she has done nothing wrong. And so all of us who love and care for Huma, of course we’re upset to see what she’s going through.”