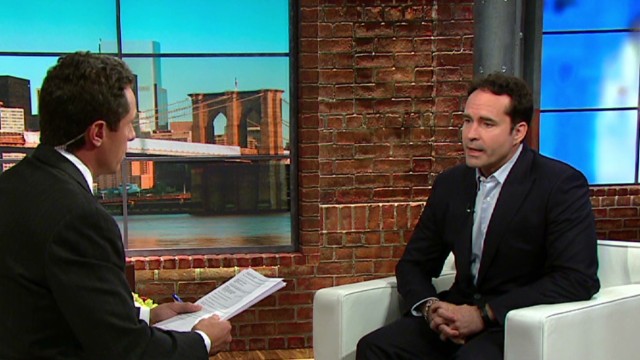 Jason Patric on custody battle: “I want to see my son”

Actor Jason Patric is involved in a prolonged custody battle over his son Gus that he had with former girlfriend Danielle Schreiber through in vitro fertilization. This morning on New Day, Patric explained to CNN’s Chris Cuomo that he is more than just a sperm donor to his son, who he hasn’t seen in 23 weeks. Later in the interview, Patric points to school forms, financial support and photos as evidence of the relationship. Also, he defended a letter he sent to his ex, in which he wrote that he’s not ready to be a father, and talked about the challenges he faces with the California law preventing him from custody.