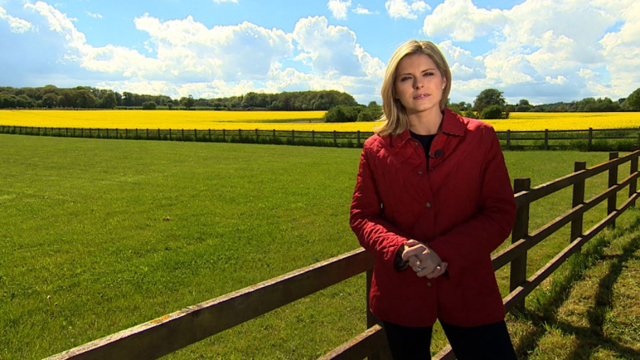 CNN Special “Will and Kate Plus One” Premieres July 18

New Day Co-Host Kate Bolduan interviews friends and family of the British royals to gain insight into the first born child of Catherine, Duchess of Cambridge, and William, Duke of Cambridge and heir to the throne. As the birth rapidly approaches, Bolduan reports from England and Scotland on the journey leading up to the momentous occasion. The one hour special “Will and Kate Plus One” airs Thursday, July 18th 10:00pm ET/PT on CNN. It airs on CNN International Saturday, July 20th at 9:00pm CET, and replays Sunday, July 21st at 12:00pm CET.

“We are extremely excited to bring viewers this unique point of entry into the lives of the British royal family,” said Bud Bultman, Director, CNN Documentary Unit. “Kate’s reporting and access combine to make for a fascinating look into this historic moment.”

Jennifer Hyde is the executive producer, Melissa Dunst is senior producer and Courtney Yager is producer of “Will and Kate Plus One.”

Online, on mobile web and in the CNN Apps, CNN Digital has put together all things royal baby in a special section at www.cnn.com/royalbaby. Coverage includes an interactive of the royal family tree, articles speculating possible baby names, profiles and galleries of William and Kate and Kate’s baby bump through the months. On the day of the birth, CNN.com will be covering events live as they happen from locations such as Buckingham Palace, St. Mary’s Hospital and Bucklebury, home of the Middletons, as available.

Once the baby’s name is announced, iReport, CNN’s global participatory news community, will invite people with the same name to join the excitement and impart any wisdom about the name that they share.

Kate Bolduan is co-host of CNN’s New Day with Chris Cuomo and News Anchor Michaela Pereira. Previously, she was co-anchor of The Situation Room with Wolf Blitzer, and congressional correspondent for CNN, covering the activities of the U.S. House and Senate.