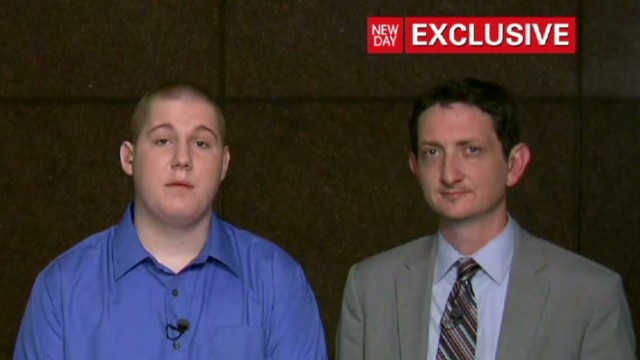 Justin Carter, the 19-year old teen facing a felony terrorism charge for an alleged threat on Facebook, is now free on bail after five months in prison as a result of an anonymous donor posting $500,000 bond.

For the first time, Justin speaks to CNN’s Kate Bolduan on New Day to talk about his release and comments on Facebook that got him in trouble.

“I just think that it got taken out of context and it’s been blown out of proportion,” Justin Carter said.

He was joined by his father Jack Carter, mother Jennifer Carter and two attorneys Chad Van Brunt and Donald Flanary, who are working on the case pro bono.

When Bolduan asked what he would have done differently, Justin replied, “I certainly would have thought a lot more about what I said and how permanent my writing is…. I just want to make it clear that people should be very, very careful of what they say and it’s being recorded all the time if you say it on any website, anywhere. And you can get in trouble for something that’s not something you should get in trouble for. And I just want people to be warned.”

Justin Carter, his parents and their legal team claim that his comments on Facebook about “shooting up a kindergarten class” were sarcastic. An online petition seeking his release recently reached over 125,000 signatures in less than two weeks.