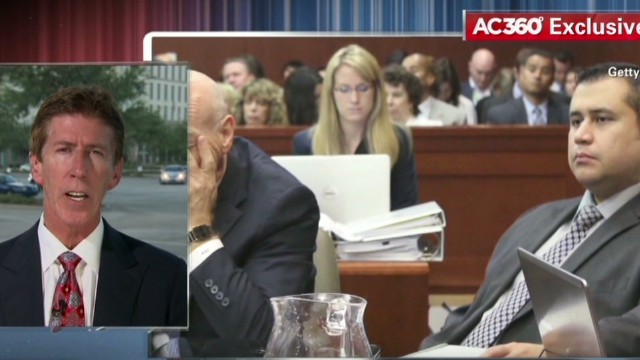 Tonight on AC360°, Anderson Cooper spoke exclusively with George Zimmerman’s defense attorney Mark O’Mara. On the day the defense rested, O’Mara said that Zimmerman “was really considering testifying, he really wanted to talk to his jury and tell them what he did, why he did it and what he was facing when he made that decision to fire the shot” but that there wasn’t a need as the State hadn’t proven its case beyond a reasonable doubt.