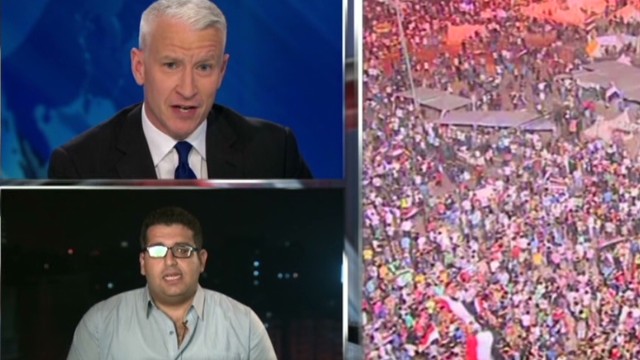 Tonight on AC360°, Anderson spoke with Ahmed El Hawary, an Egyptian opposition activist. El Hawary is asking for support from the international community and says Mohamed Morsy’s policies failed and his removal was not a coup.