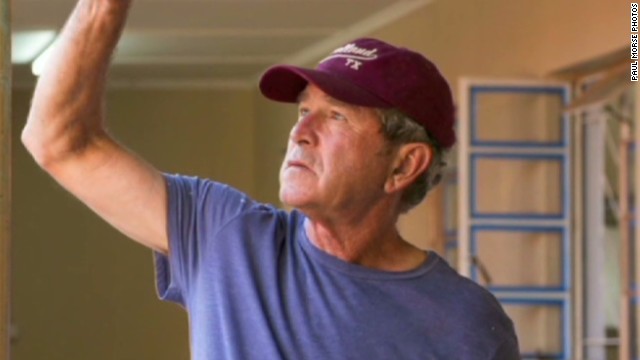 CNN Anchor and Correspondent Robyn Curnow sits down with former President George W. Bush and Laura Bush to discuss their humanitarian mission in Zambia, where a clinic that helps diagnose and treat cervical cancer opens today. Curnow asked Bush about his thoughts on Nelson Mandela, Edward Snowden, privacy and his legacy.

“I put the program in place to protect the country and one of the certainties is civil liberties were guaranteed,” Bush said.

Later in the interview, he added, “Ultimately, history will judge the decisions I made. I won’t be around because it’s going to take a while for the objective historians to show up. And so I’m pretty comfortable with it. I did what I did. I know the spirit in which I did it.”

Portions of this interview will air today on The Situation Room with Wolf Blitzer, 5-7 pm ET on CNN.