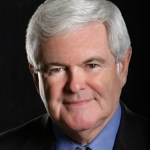 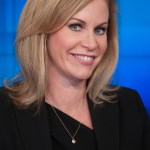 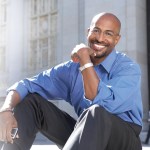 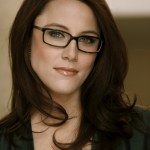 CNN today announced that Crossfire, previously the longest running political debate program on television, will return to the network this fall. Hosting from the right will be Newt Gingrich and S.E. Cupp, with Stephanie Cutter and Van Jones hosting from the left.

“Few programs in the history of CNN have had the kind of impact on political discourse that Crossfire did – it was a terrific program then, and we believe the time is right to bring it back and do it again,” said Jeff Zucker, President of CNN Worldwide. “We look forward to the opportunity to host passionate conversation from all sides of the political spectrum.  Crossfire will be the forum where America holds its great debates.”

In addition, all four hosts will appear across the network’s programming and its special coverage surrounding elections and political events.

“Following the successful launches of Around the World, The Lead with Jake Tapper, and New Day, we felt it was the right time to turn our attention next to Crossfire,” said Ken Jautz, Executive Vice President of CNN. “This will be the next step in reinvigorating our lineup of live programs.”

Newt Gingrich is the former Speaker of the House and former Republican presidential candidate. He served the Sixth District of Georgia for two decades. Gingrich is known as the architect of the “Contract with America” that in 1994 led to the Republican Party majority for the first time in 40 years. In 1995, he was elected Speaker of the House, where he served until 1999. During his tenure, Congress passed welfare reform, the first balanced budget in a generation, and the first tax cut in 16 years. Gingrich is a former Fox News contributor. He has published 24 books, including 14 fiction and non-fiction New York Times best-sellers.

S.E. Cupp is a conservative columnist, commentator and public speaker. She is author of the book “Losing Our Religion: The Liberal media’s Attack on Christianity” and co-author of the book “Why You’re Wrong About the Right.” She will continue her role as a contributor to TheBlaze, now out of the network’s new Washington bureau, appearing on a variety of network shows including “Real News.”  She is currently the co-host of MSNBC’s “The Cycle.” In addition, Cupp is a columnist at the New York Daily News and a contributing editor at Townhall Magazine.

Stephanie Cutter is a partner at Precision Strategies, a strategic consulting firm launched earlier this month with three veterans from the Obama 2012 campaign team. Cutter has a long history in politics, serving most recently as the deputy campaign manager for President Obama’s re-election campaign and having joined Obama’s 2008 campaign as Michelle Obama’s chief of staff and senior adviser to then Senator Obama.  Before joining the campaign, she served in the White House as Assistant to the President and Deputy Senior Adviser for communications and strategy, and was previously counselor to Treasury Secretary Timothy Geithner. Cutter also spent time in the U.S. Senate as a senior advisor to both Majority Leader Harry Reid and the late Senator Edward M. Kennedy.

Van Jones is the founding president of Rebuild the Dream, an organization that promotes innovative policy solutions for the U.S. economy. He is a Yale-educated attorney and author of two The New York Times best selling books, “The Green Collar Economy” and “Rebuild the Dream.” He is the founder of four thriving, not-for-profit organizations. Jones is also the recipient of numerous awards, including: the World Economic Forum’s “Young Global Leader” designation; one of Rolling Stone magazine’s “12 Leaders Who Get Things Done” in 2012; one of Time Magazine’s 2009 “100 Most Influential People in The World.” In 2009, Jones worked as the green jobs advisor for the Obama administration.

Crossfire, which aired weeknights from 1982 to 2005, examined political and social issues in a televised debate. Conservative Pat Buchanan and liberal Tom Braden were the original hosts of the program, but over the years Crossfire featured various hosts from the right and from the left, including Robert Novak, Tucker Carlson, James Carville and Paul Begala. Guests on the program were frequently top lawmakers from across the political spectrum, but also included an eclectic mix of other personalities: Bob Hope, Rupert Murdoch, Charlton Heston, Kareem Abdul Jabbar, Dr. Jack Kevorkian, Rush Limbaugh, Christopher Reeves, Arianna Huffington and Howard Cosell. As the preeminent political talk program, Crossfire cemented its status in the political and cultural lexicon when President Bill Clinton joked during his remarks at the 1997 White House Correspondents’ Association Dinner that the newly opened Newseum featured an exhibit with “CNN’s very first Crossfire— from the left, Alexander Hamilton, from the right, Aaron Burr, topic, gun control.”