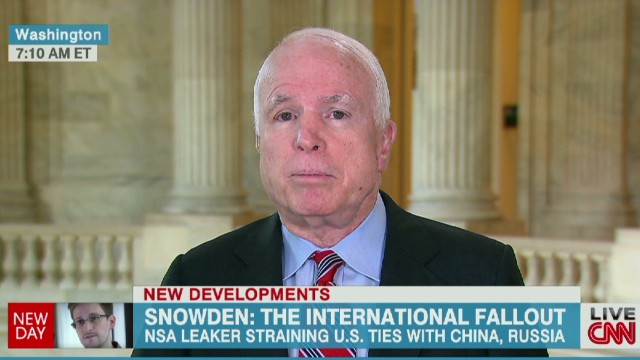 “It’s reminiscent of the days of the Cold War when you hear a Russian spokesman saying that [Snowden’s] not in Russia, when every shred of evidence indicates that he is,” Senator McCain said. “Look, we’ve got to start dealing with Vladimir Putin in a realistic fashion for what he is. He’s an old KGB colonel apparatchik that dreams of the days of the Russian empire, and he continues to stick his thumb in our eye in a broad variety of ways, most importantly to me, of course, and should be to the world, is their continued support of Bashar al Assad and the massacre taking place in Syria….”