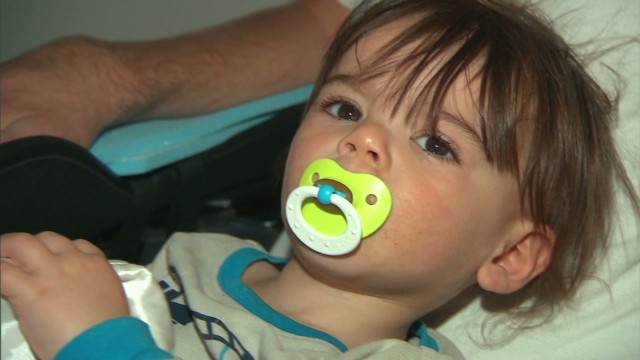 CNN anchor Suzanne Malveaux will focus on ALS with a one-time series reporting on three unique faces of ALS and how their families are coping. With the help of Dr. Sanjay Gupta this series will tap into the medical resources as well as the research of the disease.

ALS, (Lou Gehrig’s Disease), is a fatal fast moving disease of the nerve cells in the brain and spinal cord that affects more than 30,000 people at any given time. A person who has ALS loses their ability to control their voluntary muscles and eventually cannot swallow, speak, breathe, or move. They become completely paralyzed and are dependent on machines to live—relying on a feeding tube, trache, breathing machine, motorized wheelchair, and communications equipment. ALS patients usually live 2 to 5 years after their diagnosis, although there are rare exceptions. There is currently no cure for the disease.

ALS is no stranger to Malveaux, on Tuesday’s edition of the series Living with ALS will focus on how the disease has affected her mother, Myrna Malveaux. She pulls back the curtains of her family’s journey to care for her mother and overcome her near death experience. Living with ALS documents Mrs. Malveaux’s journey from a Mardi Gras party host on her birthday to an ALS survivor. Despite being unable to walk, eat or breathe on her own, she has taken her message to Capitol Hill.

The second part of the series, From the grid iron, to a wheelchair, takes a look at former NFL superstar, Steve Gleason’s journey as he works to improve the quality of life for ALS patients. The former New Orleans Saints player, who was diagnosed at 33, was thrust into the spotlight last week when three Atlanta radio DJs were fired for mocking him. Gleason forgave the DJs and is using this incident as a teachable moment at the New Orleans ALS Summit to push to improve technological care for patients with this disease. Malveaux visited Gleason and his family in their New Orleans home, witnessed the ‘tricked’ out technology of Gleason’s $25 million dollar high-tech facility built for ALS patients, and learns that Gleason uses his eyes to tweet to his 27,000 followers.

Augie’s Quest, the cure for ALS, will conclude the series. It follows Augie Nieto, the founder of Life Fitness equipment manufacturer who after being diagnosed with ALS eight years ago attempted suicide. After surviving, Augie was dedicated to finding a cure and launched his foundation, “Augie’s Quest” raising $37 million dollars. Nieto communicates by tapping his toes and has enlisted the fitness community with the support of ZUMBA to fundraise for ALS. We talked to Dr. Sanjay Gupta and researchers at Johns Hopkins about the hopes of stem cell research and finding a cure for the deadly disease.

For more information on how to help individuals suffering with ALS, please go to IMPACT YOUR WORLD.

CNN Worldwide, a division of Turner Broadcasting System, Inc., a Time Warner Company, is the most trusted source for news and information. Its reach extends to nine cable and satellite television networks; one private place-based network; two radio networks; wireless devices around the world; CNN Digital, a top network for online news, mobile news and social media; CNN Newsource, the world’s most extensively-syndicated news service; and strategic international partnerships within both television and the digital media.