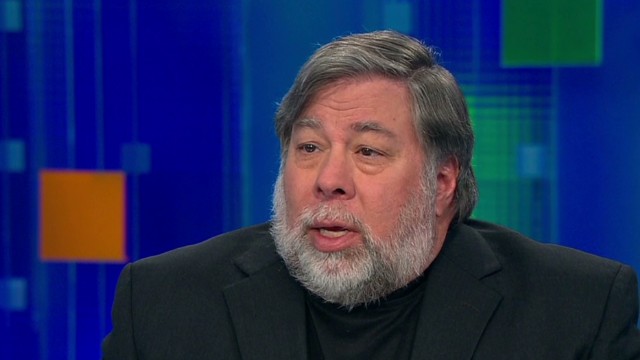 Last night, in advance of the upcoming film “Jobs,” in which he is portrayed by actor Josh Gad, Steve Wozniak returned to Piers Morgan Live.

Having joined with the late Steve Jobs to found Apple in the late 1970s, “Woz” offered his thoughts on the NSA’s data-mining program and Edward Snowden.

“There are some people that just take sides in the world and ‘I’m always against anything government,’ you know, any three letter agency or ‘for them because i’m on the opposite side’ and i’m not like that,” he told Piers Morgan. “I felt about Edward Snowden the same way I felt about Daniel Ellsberg.”

“I actually feel a little guilty about that but not totally. We created the computers to free the people up, give them instant communication anywhere in the world, any thought you could share it freely. That it was going to overcome a lot of the government restrictions. We didn’t realize that in the digital world there are a lot of ways to use the digital technology to control us, to snoop on us,” he admitted. “In the old days of mailing letters, you licked it, and when you got an envelope that was still sealed, nobody had seen it. You could have private communication. Now they say because it’s e-mail it cannot be private, anyone can listen.” Watch more here.