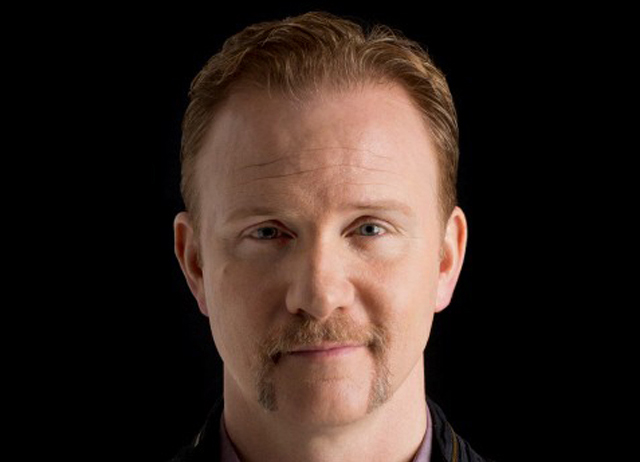 The one-hour weekly series will provide an intimate look into diverse sectors of American life and offer a deep-dive into pressing issues facing the U.S. that include migrant farm workers, the elder care industry, union workers, gun owners, education, bankruptcy and the drought. The premiere episode of Inside Man features Spurlock as a worker in a medical marijuana dispensary in California.

“Morgan, known for his inquisitiveness, humor and intimate portraits, is one of America’s most distinctive voices in documentary filmmaking. By telling the story from the inside, he and his Warrior Poets team bring enlightened perspectives and added depth to the stories that impact American lives,” said Jeff Zucker, President, CNN Worldwide.

Produced by Warrior Poets, Spurlock’s production company with Jeremy Chilnick, Inside Man marks the filmmaker’s return to TV as host and producer, and has him embedded into each week’s story. In addition to airing at 10p.m. ET on Sundays, the program will re-air overnight on Sundays at 1a.m. ET and at 4a.m. ET.

The debut episode of Inside Man will be made available in its entirety on CNN.com.  Following the show’s 10 p.m. air time, cable subscribers can access each episode through their provider’s on-demand service. Viewers will be invited to follow, engage and interact with Inside Man and each other using hash tag #InsideManCNN and handle @InsideManCNN on Twitter and at Facebook.com/InsideManCNN.  In addition, the show blog CNN.com/InsideMan, will provide users with program information, behind-the-scenes photos and videos, and other special content.

An acclaimed documentary filmmaker, Spurlock came to international prominence in 2004 with his Oscar® nominated film Super Size Me. He made his first foray into television as executive producer of the FX series 30 Days (2005-2008). Most recently, he has served as director of the 3-D concert film for the mega-hit band One Direction, executive producer of the documentary series A Day in the Life on Hulu, and the films, Comic-Con Episode IV: A Fan’s Hope, The Dotted Line on ESPN and Mansome on Yahoo.

Warrior Poets, the New York based production company founded in 2004 by Morgan Spurlock and Jeremy Chilnick, has produced multiple award winning films and television programs. Films include The Greatest Movie Ever Sold, Freakonomics, Where in the World is Osama bin Laden?, Comic-Con: Episode IV – A Fan’s Hope, and Mansome. Television projects include the award winning FX series 30 Days, ESPN’s The Dotted Line, the Emmy and Writer’s Guild nominated The Simpsons 20th Anniversary Special in 3D on Ice!, Hulu’s A Day in the Life, Failure Club and Mansome on Yahoo!, & Morgan Spurlock’s New Britannia for Sky Atlantic HD.