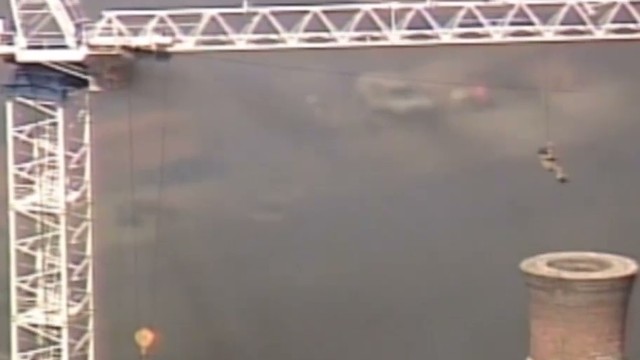 BuzzFeed To Aggressively Expand Video Operation In Partnership With YouTube

Link to the debut CNN BuzzFeed List is live on CNN.com

New York, NY – MAY 28, 2013 – Today, BuzzFeed announced plans to invest in and expand its video operations and build a social video studio, designed to create news and entertainment video content exclusively for YouTube. Led by Ze Frank, web video pioneer and BuzzFeed’s Executive Vice President of Video, the video team will apply the same types of strategies that have made BuzzFeed a hub for some of the internet’s most viral content to create shareable, emotionally compelling video content for a highly-mobile, video-driven generation.

“There has been a massive cultural shift in how people – particularly young people – consume news and entertainment and Ze and his team are tapping into the next generation of video production and consumption. Over 70% of BuzzFeed’s traffic is social, almost half is mobile, and we are seeing these huge shifts earlier than others because the majority of our readers are 18-34. We are thrilled to partner with YouTube to bring a new generation of video content to a BuzzFeed audience that lives on social media and mobile phones,” said Jon Steinberg, BuzzFeed’s President & COO.

“BuzzFeed has built a remarkably engaged audience  and their YouTube channels are a testament to their understanding of news and entertainment.  They have a very special way of telling a story,” said Jed Simmons, YouTube’s Director and Global Head of News Content Partnerships. “BuzzFeed’s decision to double down on their YouTube channels is incredibly exciting and we look forward to continuing to work together and helping them grown.”

As part of its expansion initiative, BuzzFeed has partnered with CNN to launch the “CNN BuzzFeed” channel on YouTube.  Powered by CNN’s current and archival video footage, BuzzFeed will create unique mash-up news videos tailored for the social web.  The content will appear on both CNN.com and the CNN/BuzzFeed YouTube channel.  In addition, the two organizations will collaborate on original list posts that combine the strength of CNN’s newsgathering and BuzzFeed’s signature voice.  The lists will be published to CNN.com starting today.

“From web video’s infancy to a massive shift to mobile video viewing, the community and ecosystem of YouTube is at the heart of the social web. BuzzFeed’s massive audience is hungry for new, interesting video formats, YouTube gets that better than anyone and we’re elated to be working with them,” said Ze Frank, BuzzFeed’s EVP of Video. “CNN.com is one of the biggest, strongest news sites in the world. We are thrilled to work with their talented team and to tap into their incredible archive of footage as we try to crack original news video for the social web.”

Production will be headquartered in a newly constructed social video studio in Los Angeles which will have a coffee shop and store where influencers, thinkers and celebrities will be able create informal videos made for the social web. The team will grow to over 30 people in the coming months. BuzzFeed Video will have a dedicated, prominent placement on the BuzzFeed homepage that will bring new forms of social content to the site’s 60MM unique visitors. Expansion plans include creating new channels, including recreating a video news format that is shareable.

Since September, over 400 years of BuzzFeed video has been watched on YouTube with over 170M views over 500 total videos. Forty-eight videos have gotten over one million views including “The Angriest Babies In The Whole World,” “What 2000 Calories Looks Like” and “True Facts About The Angler Fish,” a part of the popular “True Facts” series.