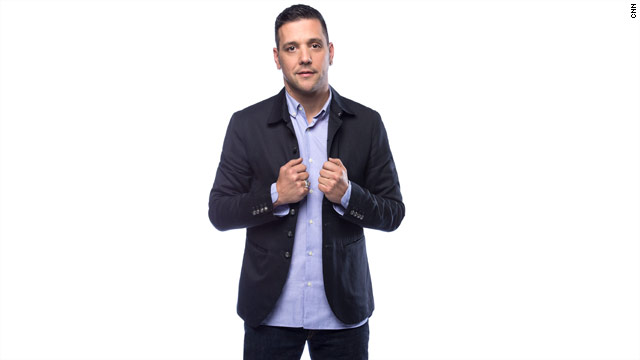 The new talk show will explore the worlds of art, pop culture, politics, tech news and sports, through the eyes and the words of their most interesting figures. George Stroumboulopoulos is praised for being a masterful interviewer, whose intimate style keeps guests at ease and audiences intrigued.  “Stroumboulopoulos” is THE show to watch this summer.

“Stroumboulopoulos” will begin its 10 week run and will bring viewers compelling interviews with Keanu Reeves, Martin Short, Betty White, Bill Maher, Sharon Stone, as well as author Eckhardt Tolle, and filmmaker Werner Herzog among others slated to appear on the show.

The show is scheduled to re-air Fridays at 2 and 5am ET and on Saturdays at 11pm, 2am and 5am ET. “Stroumboulopoulos” is produced by CNN and Embassy Row, and will tape in front of a live studio audience in Los Angeles. Michael Davies and Michael Sugar serve as executive producers, with Kay O’Connell and Amanda McPhillips as co-executive producers.

Born and raised in Ontario, Stroumboulopoulos graduated from Humber College in 1993 with a diploma in radio broadcasting.  Stroumboulopoulos’ broadcasting career included talk and music radio production, television presenting, and hosting documentaries, and he has been honored eleven times by Canada’s prestigious Gemini Award for his television work.  He is also an outspoken advocate for numerous Canadian and international philanthropic humanitarian broadcasts, including Canada for Haiti and One Million Acts of Green, and he is the first Canadian National Ambassador Against Hunger for the United Nations World Food Programme.

Embassy Row is a New York City-based television and digital production company dedicated to developing and acquiring original formats for television networks and online distribution in the U.S. and abroad. The company specializes in the genres of talk, games, competition, comedy, factual, food and sports and is pioneers in the areas of brand and social media integration.  Recent credits include:  Bravo’s “Watch What Happens Live,” Oxygen’s “The Glee Project” and AMC’s “The Talking Dead.” Embassy Row is a subsidiary of Sony Pictures Television.