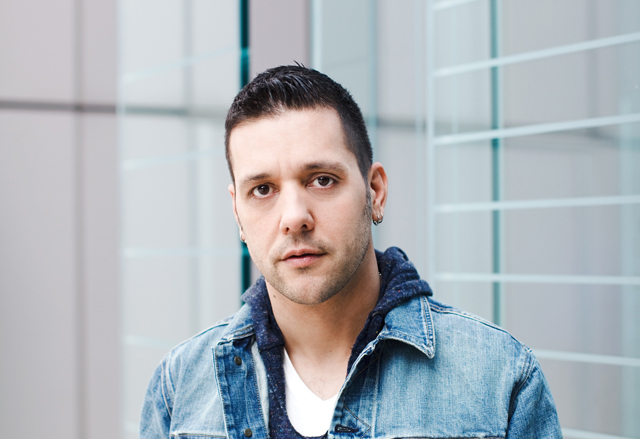 Stroumboulopoulos Comes to CNN in Summer 2013

The man who has brought smart, savvy conversations to Canadian television audiences in his signature interview program for nearly a decade will bring his unique brand of intimate, insightful talk to CNN.

George Stroumboulopoulos says he doesn’t just ask questions – he creates space for his guests to share their human experiences.  His fresh, thought-provoking style fuses big ideas, with art, pop culture, politics, news, sports, and celebrity.  Stroumboulopoulos invites his guests to relax and his viewers to rediscover the power of the authentic interview.  Ten episodes of new, one-hour shows with interviews have been picked up to air as a weekly series on Fridays beginning in early summer on CNN/U.S.

“We’re really pleased to bring this special series to CNN,” said Amy Entelis, senior vice president for talent and content development for CNN Worldwide.  “It is a good example of the expansion of the CNN strategy to bring new kinds of relevant and engaging programming to a broad audience,” Entelis said.

“I feel really lucky to have been in broadcasting for 20 years up in Canada – and I’m excited to now also bring our conversations with people making the biggest news in entertainment, politics, sports, and pop culture to a whole new audience,” Stroumboulopoulos said as the network made the programming announcement.

“George is genuinely interested in everything, which makes his interviews informative and entertaining explorations,” said Vinnie Malhotra, senior vice president of development and acquisitions for CNN Worldwide.  “This compelling series is a sharp, creative addition to our summer Friday schedule,” Malhotra said.

The well-respected and acclaimed host of the CBC’s award-winning George Stroumboulopoulos Tonight, which broadcasts from Toronto, will tape the new program in Los Angeles before a live audience – offering greater access to a diverse group of celebrities, world leaders, and trail-blazing artists.  Stroumboulopoulos will feature the public figures driving our cultural conversations and offer a fresh perspective on the interview and talk show format for CNN.

The new series will be produced by Embassy Row, a subsidiary of Sony Pictures Television.   Viewers for the new program can get to know Stroumboulopoulos now via Twitter, Instagram, and Facebook.

George Stroumboulopoulos has interviewed artists and newsmakers as varied as Hillary Clinton, Oprah Winfrey, Bradley Cooper, Naomi Watts, Robert Pattinson, Bono, and Clint Eastwood.  Born and raised in Ontario, “Strombo” graduated from Humber College with a diploma in radio broadcasting in 1993.  His diverse broadcast career has included talk and pop music radio production, television presenting, and hosting documentaries.  He has been honored eleven times by Canada’s prestigious Gemini Award for his television work and has been a driving force for many Canadian and international philanthropic humanitarian broadcasts, including Canada for Haiti, One Million Acts of Green, and is the first Canadian National Ambassador Against Hunger for the United Nations World Food Programme.  Currently he hosts the nightly George Stromboulopoulos Tonight on CBC television as well as the weekly music and talk program, The Strombo Show on radio.  Stroumboulopoulos is represented by Michael Sugar of Anonymous Content and William Morris Endeavor LLC.