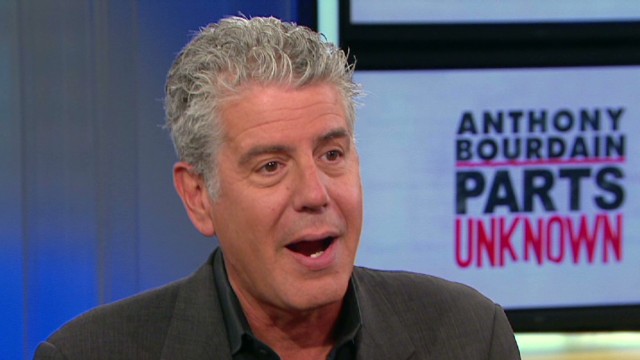 Bourdain: With CNN, I get to go to all the places that I never would have been able to go with any other network

Anthony Bourdain, world-renowned chef and best-selling author appeared on CNN’s Starting Point this morning to talk about what will be different about this show compared to his previous travel show.

Bourdain also previews his first episode in Myanmar and details what was fascinating about shooting there. “For me, it’s an enormous and beautiful country that very, very few Westerners have seen or visited. It’s been closed off from the rest of the world – a pariah state – for as long as I’ve been alive. Until just a little over a year ago, a Western film crew, if discovered, would have been kicked out of the country. We’re really one of the first crews to have gone in and really shown a big slice, not all, but a big slice of a country that a lot of people haven’t seen. It is incredibly gorgeous.”