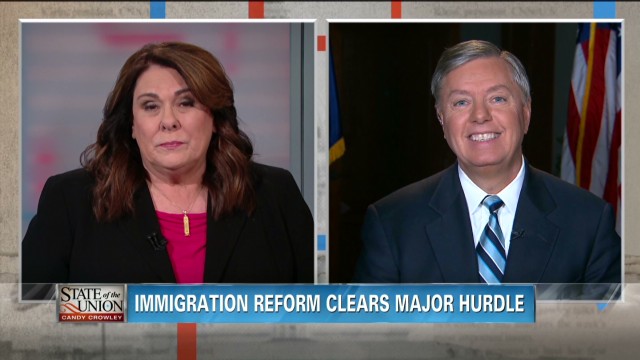 Today on CNN’s State of the Union with Candy Crowley, Sen. Lindsey Graham of South Carolina spoke about immigration reform and whether he will join the group of Republicans threatening to filibuster comprehensive gun control legislation. Highlighted excerpts are below, and a full transcript may be found here.

“Conceptually, we have an agreement… It will be rolled out next week. Yes, I believe it will pass the House…”

“The only way I would filibuster a bill is if Senator Reid did not allow alternative amendments.”