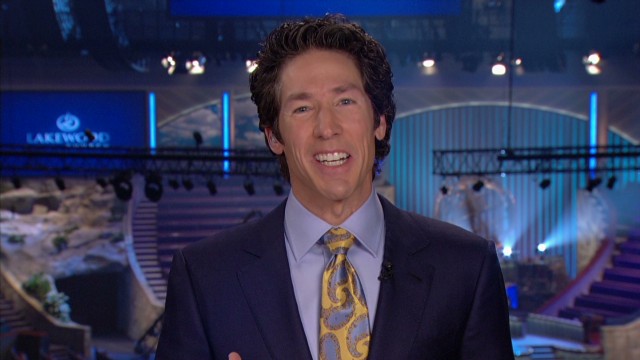 Joel Osteen to Jake Tapper on same-sex marriage: “Marriage is between a male and a female. But… we’re for everybody”

Today on CNN’s The Lead with Jake Tapper, Televangelist Joel Osteen joined the program to discuss the upcoming Easter holiday, his role as consultant on The History Channel’s hit series “The Bible” and his views on the debate over same-sex marriage.

Osteen on same-sex marriage:
“As a Christian pastor, you know, my base is off what, I believe, the scripture says… marriage is between a male and a female. But again, we’re for everybody”

On the controversy over the actor cast as Satan on ‘The Bible:’
“I felt like it was nonsense. People can draw funny conclusions.”

On the role of social media in religion:
“It’s just an amazing day to use the technology that I believe God’s given us to, you know, to inspire people and to get your message out.”

Tags
The Lead with Jake Tapper