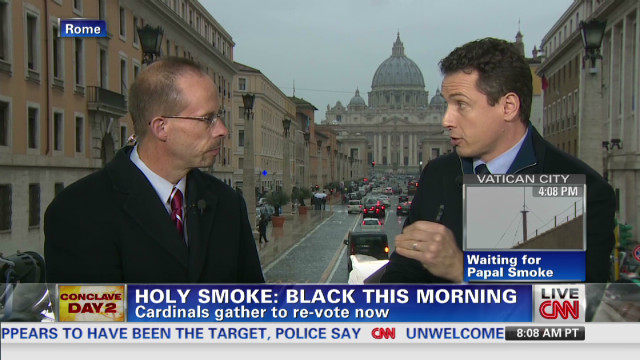 During the afternoon of March 13th, before Pope Francis I was elected and announced, CNN Anchor Chris Cuomo reported that Cardinal Bergoglio could be a front-runner.

“A name we have not heard yet that was offered up to me is Cardinal Bergoglio,” Cuomo said.

He added, “As we’re thinking about if the big names don’t deliver early on and they have to look for an alternative, interesting suggestion from a retired cardinal, Bergoglio, don’t count him out.”