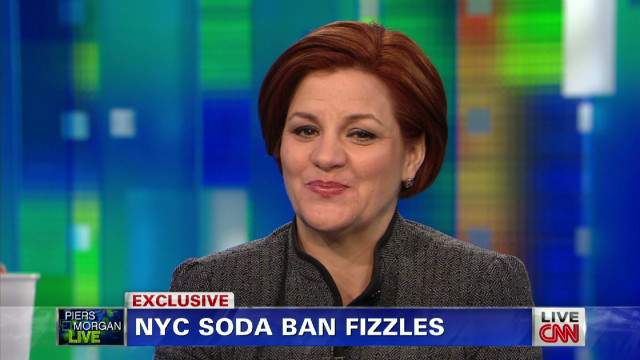 Tonight, Piers Morgan Live welcomed Christine Quinn on the heels of the announcement she’s running for mayor. She offered up her insight on today’s news that Mayor Bloomberg’s limit on big sugary drinks was blocked by a New York judge.

“The soda ban isn’t one of his proposals in this area that I support. Because my fear is with issues around food and obesity, if you say no, people have almost a reflex reaction to do it, to go get it.”

“My fear is, my belief is, that with food related issues, which are different, which are more complicated. Because unlike smoking, which you can stop, and continue existing, you have to interact with food at least three times a day.”