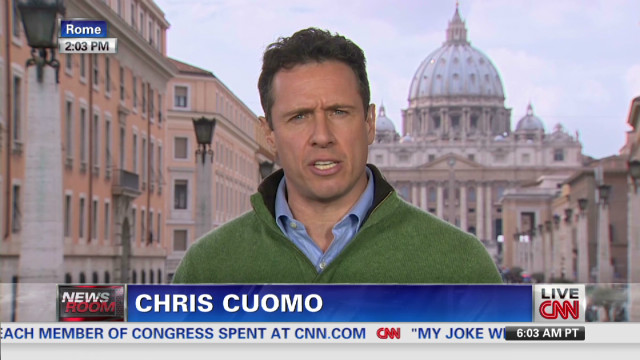 Cuomo reports on speculation around Cardinal Dolan becoming next pope

“People here, and those in the know at the Vatican did not expect Cardinal Dolan to be high on the list of priorities within the general congregation,” Cuomo said. “But he has been mentioned, and at least reportedly, here in Italian papers… he’s mentioned almost every time. Here’s an interesting dynamic to keep in mind. In American presidential politics, when you have two candidates and they’re going head to head and it’s kind of deadlocked, one of them is going to make a compromise to create consensus. But here they really can’t do that. So when you have two people who are neck and neck, maybe both get thrown out and they look for a compromise. That’s how we got Karol Wojtyła to be John Paul II. Maybe Cardinal Dolan can fit into that kind of scenario, but certainly, to ask the Cardinal himself, he does not see it happening.”