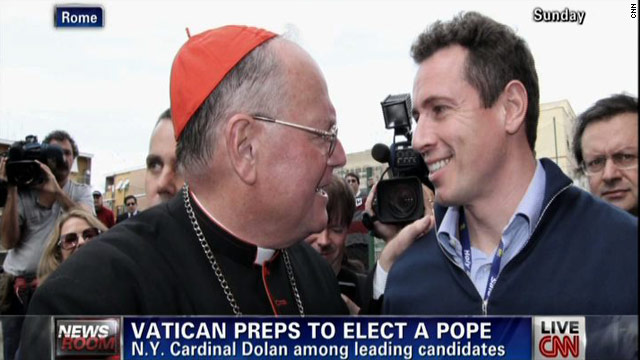 CNN.com offers full coverage leading up to and during the conclave via a special section page at CNN.com/Pope, with content explaining how the new pope will be chosen, a glimpse into the Catholic Church today and why this matters to non-Catholics. CNN.com/live will also live stream coverage of the smoke that comes from the Vatican’s rooftop online and on the CNN Apps.

Additionally, CNN.com presents two interactives related to the pope: one that explains how the next pope will be decided and another that breaks down information on the possible papal contenders. Users can also click through photo galleries of the shortest-reigning popes and the longest-reigning popes.

CNN iReport, the network’s global participatory news community, invites users to submit their predictions as to who will be the next pope and what they think this means for the Catholic Church.