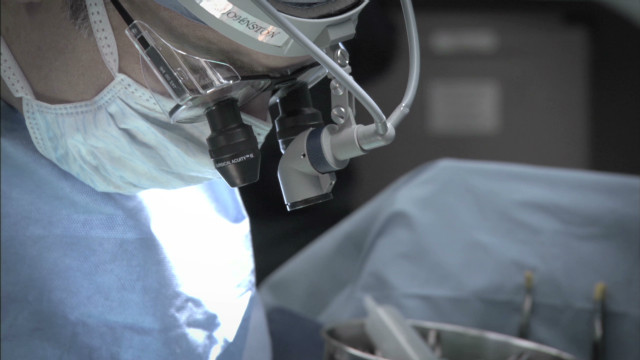 CNN has acquired the U.S. television broadcast rights for the award-winning documentary, Escape Fire: The Fight to Rescue American Healthcare.  The film premiered at the 2012 Sundance Film Festival and received honors at the 2012 Silverdocs, Full Frame, and other prominent festivals.  The two-hour feature-length film was produced and directed by Matthew Heineman and Academy Award-nominee Susan Froemke and distributed by Roadside Attractions and Lionsgate.  It will debut on CNN/U.S. on Sunday, March 10 at 8:00pm and air again at 11:00pm Eastern.

The film reveals flaws in the notion that the healthcare delivered via America’s patchwork of facilities, practitioners, and insurers offers good value for its outcomes.  Through the real-life experiences of physicians and patients, Escape Fire shows the tremendous pressures providers feel to reduce costs and limit patient interaction time – and the frustrations of patients struggling with preventable conditions that are often created or exacerbated by insufficient or inappropriate care.

Americans spend nearly twice as much on healthcare as any other country on Earth, but lag behind nearly every industrialized nation in life expectancy – ranking number 50 out of more than 220 nations around the world in the 2011 CIA World Factbook.  In the film, former Administrator for the U.S. Centers for Medicare and Medicaid Services Dr. Don Berwick, and the former director of communications for insurance giant CIGNA Wendell Potter, explain this as partly due to the impact of for-profit interests that guide an uncoordinated care system that focuses more on disease management than disease prevention.

“CNN Films is very pleased to bring this documentary to television,” said Jeff Zucker, president of CNN Worldwide.  “The physical health of our nation and the cost of healthcare, impact every current fiscal challenge we face.  This compelling film gives us an explanation of some of the factors that have contributed to our broken system and explains why we urgently need to fix it.”

Filmmaker Heineman said, “CNN is the perfect place to release Escape Fire to spark an honest and important dialogue about the future of healthcare.”

Viewers meet a war-injured veteran seeking to wean himself from dozens of medications for his pain and post-traumatic stress disorder symptoms with acupuncture, meditation, and other more holistic remedies, a short-order cook who accesses his local hospital emergency services since he does not have a primary care physician, and a mother with heart disease, who learns less expensive, less invasive procedures may have helped her to avoid her multiple surgeries.

CNN chief medical correspondent Dr. Sanjay Gupta will moderate a 30-minute discussion following the exclusive premiere broadcast of Escape Fire, focused on how Americans can cut through the red tape to save money and increase their access to healthcare.