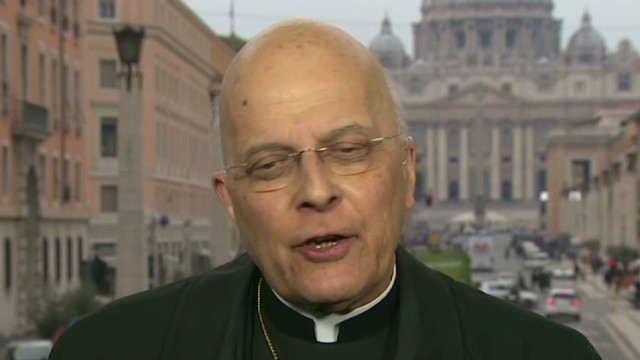 Archbishop of Chicago on pope selection process; says CNN is ‘coming up with good names’

Cardinal Francis George, Archbishop of Chicago, talks to Soledad O’Brien about picking the last pope, the selection criteria for the next pope and CNN’s impact on the process.

Cardinal George says, “You’re talking about them on CNN and other great networks. And they’re interesting conversations you’re having. You help us. And I must say that the people you’re talking about would be good candidates from what I’ve seen so far. Eight years ago I recall listening to the media and I thought they don’t know who the candidates really are. There are some wild guesses going on. This time somebody’s done his or her homework and I think you’re coming up with good names.”