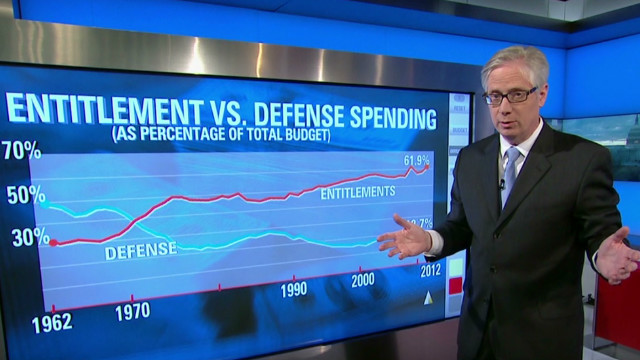 Today on CNN’s The Situation Room with Wolf Blitzer, The Washington Post’s Bob Woodward told CNN that he has been threatened by White House staff over his budget cut challenge. Highlights from the interview are below; a full transcript will be posted on http://archives.cnn.com/TRANSCRIPTS/sitroom.html.

Highlights from Full Interview:
THIS IS A RUSH FDCH TRANSCRIPT. IT MAY NOT BE IN ITS FINAL FORM AND MAY BE UPDATED.
BOLDUAN: What do you make of the White House’s response to your article?

WOODWARD: Well, I think they’re confused.  I think they’ve got this idea.  I mean, they put out these long talking points and said, see, even Woodward’s book reports that Speaker Boehner said, let’s get $600 billion over ten years in revenue in the super committee.  That’s exactly right.  That’s not the sequester.  And they’ve said — they have,as  you know, I said, get somebody from the White House here, and we’ll debate.

BLITZER: We invited the White House to send someone here, to debate this issue with you, and they declined.

WOODWARD: Why?  Why?  Because it’s irrefutable; that’s exactly what happened.  I’m not saying this is a moving of the goalposts that was some criminal act or something like that, I’m just saying, that’s —

BLITZER: But it’s getting pretty nasty.  Take us behind the scenes a little bit.  The allegations being hurled against you right now.

BLITZER: You’re used to this kind of stuff, but share with our viewers what’s going on between you and the White House.

WOODWARD: Well, they’re not happy at all, and some people kind of, you know, said, look, we don’t see eye to eye on this.  They never really said, though — afterwards, they’ve said that this is factually wrong, and they — and it was said to me in an e-mail by a top —

BLITZER: What was said?  Yes.

WOODWARD: It was said very clearly, you will regret doing this.

BLITZER: Who sent that e-mail to you?

BLITZER:  Was it a senior person at the White House?

WOODWARD: A very senior person.  And just as a matter — I mean, it makes me very uncomfortable to have the White House telling reporters, you’re going to regret doing something that you believe in. And even though we don’t look at it that way, you do look at it that way.  And I think if Barack Obama knew that was part of the communication’s strategy — let’s hope it’s not a strategy, but it’s a tactic that somebody’s employed, and said, look, we don’t go around trying to say to reporters, if you, in an honest way, present something we don’t like, that, you know, you’re going to regret this.  And just — it’s Mickey Mouse.

WOODWARD: Well, not a debate, but I just think — first of all, to their credit, they acknowledged that the idea of the sequester came from White – came from them.  And senior officials, Jack Lew and Rob Nabors.  This idea about moving the goalpost — look, everyone knows they want more tax increases and some sort of deal.  That’s not a surprise.

BOLDUAN: That line clearly has touched a nerve with folks at the White House.  There’s no question about that.  But when you take a step back, as you have, kind of in writing your book, as well as kind of looking at this piece, is the less about moving the goalposts for both sides and more about both sides just trying to win this in the political sense?

WOODWARD: I guess so.  I mean, there’s got to be some explanation.  I mean, you’ve done this for a long time, too.  It is baffling that they can’t sit down and work out something that really would be sensible.  You don’t have — it doesn’t have to be cuts or tax increases or entitlement reform.

Now, the things they were talking about in the summer, I have all of the — or a lot of that documentation, in the summer of 2011, it was stuff to begin in ten years on the entitlement reform.  Or five years.  There is a way to work this out. And the question is, what’s the impact in the business world, the average consumer, I mean, the stock market shooting up —