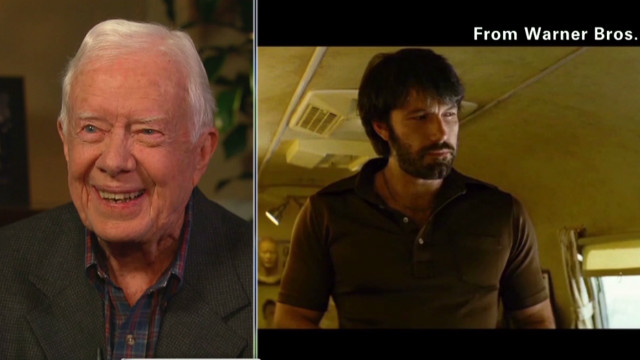 Jimmy Carter on “Argo”: “It’s a great drama, and I hope it gets the Academy Award for best film”

Seated together in San Diego, the former commander in chief offers his unique insight and perspective on the motion picture “Argo,” an Oscar-nominated film that’s based on actual events occurring during his presidency:

“Let me say first of all, it’s a great drama, and I hope it gets the Academy Award for best film because I think it deserves it,” says Carter.

Citing one key discrepancy in the film, the former United States president made this point:

“The other thing that I would say was that 90 percent of the contributions to the ideas and the consummation of the plan was Canadian,” notes the 88-year-old. “The movie gives almost full credit to the American CIA. And with that exception, the movie’s very good.”  Watch more here.