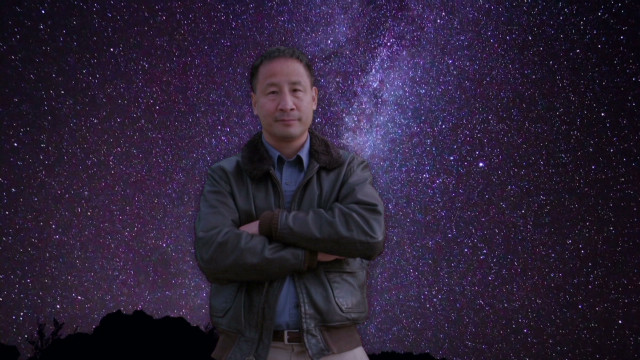 This week on The Next List: One man’s bold quest to save the Earth from asteroids

He calls it the biggest environmental project imaginable. Ed Lu, a former NASA astronaut and current CEO of the B612 Foundation, believes one of the biggest threats to the planet isn’t even on the Earth, it’s in space. Asteroids.

Ed Lu says asteroids hit earth all the time.  “Really small ones are just the shooting stars you see when you look up in the sky,” says Lu. “Larger ones, like the one that hit Tunguska in Siberia, those hit about every couple hundred years.” In 1908 an asteroid about 130 feet wide hit Tunguska Siberia with a force that was 1000 times stronger than the bomb dropped on Hiroshima. It totally destroyed an area the size of the San Francisco bay area. They happen more frequently than we realize – and there are no guarantees that the next one won’t hit a city.  “There is about a 50 percent chance in your lifetime that another explosion of that size is going to happen somewhere on earth,” says Lu.

And here’s the really scary part: right now we’re only able to detect about one percent of the asteroids that are actually orbiting near Earth. The reality, says Lu, is that there are 100 times more asteroids than that.

“That’s about a million near Earth asteroids that are larger than the one that hit in Tunguska in 1908,” he said.

But Lu has a solution.

He is building one of the most powerful space telescopes in the world, called The Sentinel.  It will launch in 2018 and orbit the sun, which means it will be between 30 million and 170 million miles from Earth. To put it in perspective, that’s about 500,000 times further from Earth than the Hubble space telescope.

“Over a six-and-a-half year period, it’s going to scan the Earth’s orbit multiple times … and track about a half a million asteroids,” says Lu. “So each month, it’s going to discover about 10,000 asteroids, which is more than all the other telescopes throughout history combined… it’ll do that every month.”

It’s an extraordinary mission. Lu founded the B612 Foundation, a non-profit organization named after the asteroid in the book, “The Little Prince.” He then brought on some of the best and brightest in the aerospace industry to build The Sentinel. The price tag will be a few hundred million dollars, but Lu thinks that’s nothing. “Universities raise that all the time to build a new chemistry building,” he said.

Lu is in the process of building a telescope that he thinks could one day save planet Earth, and he is incredibly optimistic about its future.

“I feel like we’ve been offered the chance to positively change the course of humanity. And how can you turn that down?” said Lu. “I mean, if you are lucky, once in your lifetime, will you ever get a chance like that. And so, we feel very blessed that we are here at this right time when we can do this.”