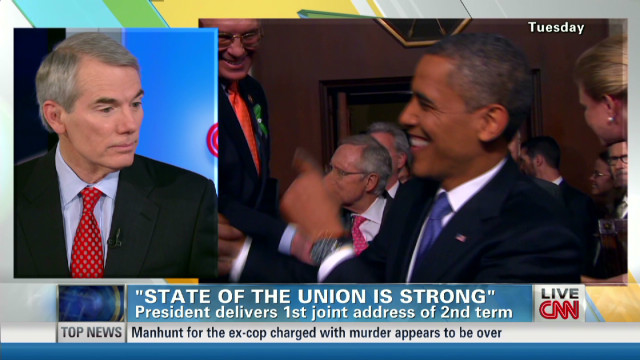 Senator Rob Portman (R-OH) says he has mixed feelings about President Obama’s State of the Union address. While he heard “more of the same” with new federal spending programs, he liked the President’s call for entitlement and tax reform.

“I was most encouraged about what he said about entitlement reform and tax reform,” said Sen. Portman.

When asked why, Portman replied, “Well, because I think as President, his role is to explain to the American people what’s really going on…. Entitlement programs, as important as they are, are not sustainable in their current form…. And at one point in the speech, he said we need to reform our entitlement programs and it’s not going to be easy. And that’s what the American people need to hear from him. Folks are tired of hearing this notion that somehow everything is fine. They know the economy is not doing well.”