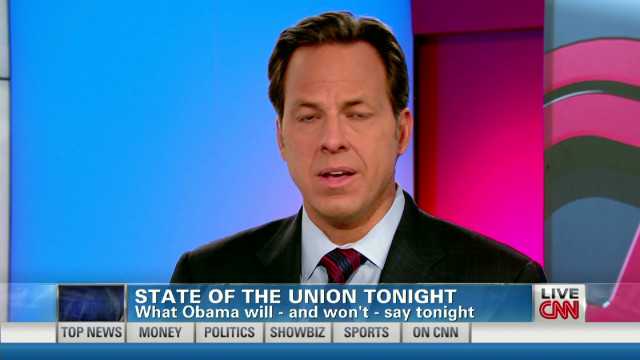 CNN’s Tapper breaks news that Pres. Obama will announce 34K US troops will return from Afghanistan

CNN Anchor and Chief Washington Correspondent Jake Tapper breaks news that in tonight’s State of the Union address President Obama will announce 34,000 U.S. troops will be returning from Afghanistan by this time next year.

Tapper says, “According to sources with knowledge of the President’s State of the Union address this evening, President Obama tonight will announce that by this time next year, 34,000 U.S. troops currently in Afghanistan will be back home. That will be reducing the number of troops in that country by roughly a half. So CNN can report that tonight President Obama will make that news…. That is a… big foreign policy announcement to be making in a State of the Union address that is expected to be largely about domestic issues and the middle class.”