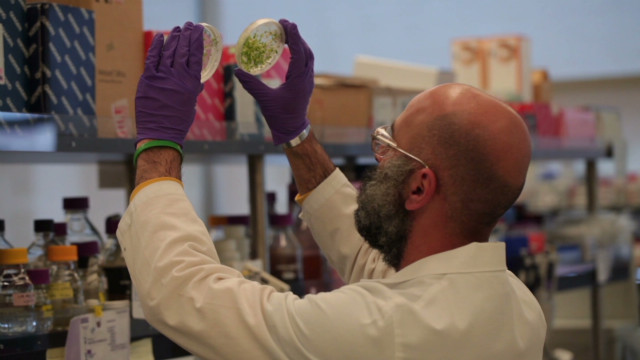 This week on The Next List: Synthetic biologist Jay Keasling on how biotechnology can solve the energy crisis

Jay Keasling, a pioneer in the burgeoning field of synthetic biology, is
engineering microbes – single cell organisms like yeast and e coli – to
produce biofuels, medicines, even cosmetic compounds from simple ingredients
like sugar cane and grass.

In addition to teaching bioengineering at UC Berkeley, Jay is also CEO of
the U.S. Dept of Energy’s Joint BioEnergy Institute (JBEI)  in Emeryville,
California.

Keasling’s biggest breakthrough to date came in 2003 when he and his
students reprogrammed yeast to produce a synthetic version of an expensive
anti-malarial drug known as artemisinin.  Armed with a $42 million grant
from the Bill and Melinda Gates Foundation, they’ve since perfected this
inexpensive and effective replacement drug, providing a royalty-free license
for mass production to pharmaceutical giant Sanofi-Aventi. Sanofi will bring
it to market in 2013, producing 100 million treatments annually. Malaria
currently kills roughly 1 million people a year, many of them children.

Today Keasling is focusing his efforts on creating a new generation of
biofuels. Over seeing a team of 200 researchers at the Joint BioEnergy
Institute, his goal is to “engineer microbes to produce fuels that behave
exactly the same as petroleum-based fuels.” Ultimately, he believes all
petroleum-based products – everything from hard plastics and paints to soda
bottles – can be produced from these sugar-fed microbes.

Also watch Jay Keasling: Using microbes to create the next generation of fuel