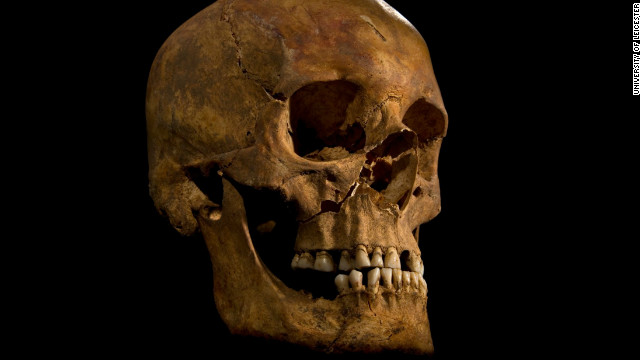 Richard III Society: ‘Feeling’ led to remains; found him on day one

Richard III Society’s Philippa Langley explains to CNN’s John Berman and Brooke Baldwin how she and other researchers were able to find remains of Richard III.

Langley says, “It was a really strange story. We could tell by the street signs that we were in the right area for the Greyfriars precinct, but we didn’t know if we were in the right area for the Greyfriars Church. So, I had this very strange experience where I felt I was standing on top of Richard’s grave and there was an “R” marked into the tarmac. It was just a hand painted “R” for “Reserved,” but when I had the feeling, I felt that I was standing on his grave right by this letter “R.” So, when we then outlined the trenches, that letter “R” was in the first trench and in the very first few feet of the first trench, and we actually found him on day one.”