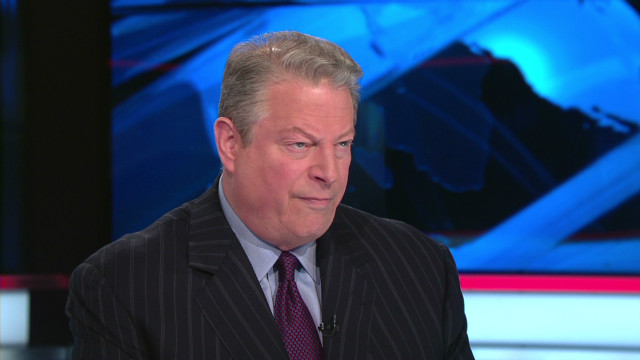 Fmr. VP Al Gore on what President Obama should do in second term

CNN’s Fareed Zakaria welcomed former U.S. Vice President Al Gore to the Sunday, Feb. 3rd edition of FAREED ZAKARIA GPS.  In a wide-ranging interview that covered topics including gun control, the sale of Current TV to Al Jazeera English, and Washington’s political gridlock, Mr. Gore gave his assessment of what President Obama should do to ensure a successful legacy in his second term.

“I do believe that he should move boldly on the agenda that he articulated in his inaugural address. I was very pleased that he put the climate crisis front and center, the first issue he brought up, a very bold commitment. He spent more words on that than any other issue. I was very happy about that. And I think he will follow — I think he has to follow through. And there are some actions he can take that do not require congressional approval. There is a law on the books that requires the EPA to regulate pollution. The Supreme Court has agreed with the obvious interpretation that global warming pollution is pollution. It’s been applied to new coal plants.  It should be applied to all facilities.”