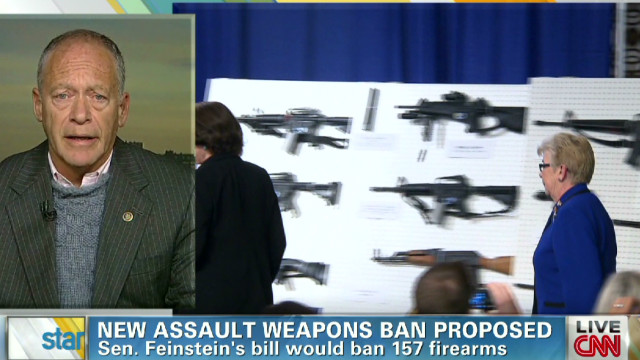 In light of Senator Dianne Feinstein’s (D-CA) new bill to ban some assault weapons, Starting Point Anchor Soledad O’Brien presents Independent Firearms Owners Association President Richard Feldman with the University of Pennsylvania study that reveals gun crimes with assault weapons decreased by 17% during the previous ban from 1994 to 2003. However, Feldman reiterates his opposition to a new ban and instead would like to focus on what he considers to be the real problem of “criminals or crazy people.”

Feldman says, “Soledad, this bill doesn’t ban the guns. There are 35 million of them in existence, over 100 million high-capacity magazines out there. What will leave an impact on the future ban of those magazines and guns on criminals or crazy people? Zero. Nada. Instead of listening to the American people and doing something related to the problem, Senator Feinstein is resorting to the old politics of the gun issue and not zeroing in on the problem.”