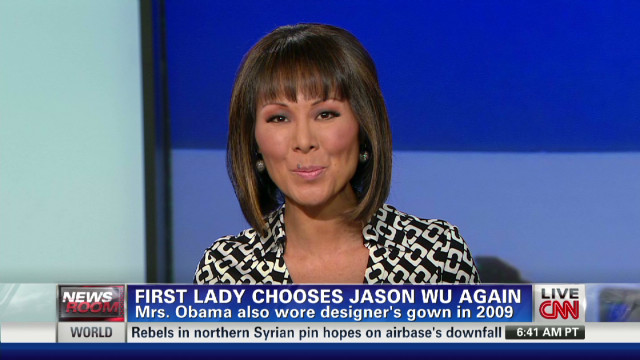 Wu is “elated,” “honored” that First Lady picked his dress

Jason Wu tells CNN’s Alina Cho that designing Michelle Obama’s inaugural gown was an honor and details what went into creating it.

Wu says, “Right now, we’re working on the fall collection and we were all still working, we had been working until like 10:00, 10:30, and we had to watch. And when the second she came out and everyone just let out the biggest scream. I mean, the whole entire studio, it was amazing. The energy was amazing.”

He adds, “Well, I chose ruby red, and, you know, it was a custom weave fabric. I wanted it to look festive, but I had also wanted — wanted it to be soft and — so that combination of velvet and chiffon was really important so we wove, it was all hand loomed, the fabric, and it’s little bets of velvet woven to a floral pattern within a chiffon fabric. It’s a two-process.”