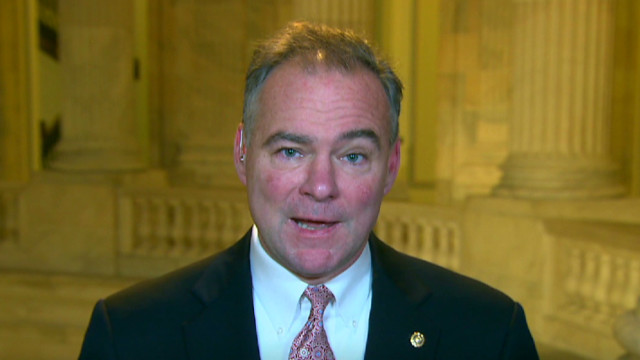 CNN’s Soledad O’Brien asks, “For what?”

Sen. Kaine responds, “It’s a states right argument that gets used in times of great controversy. The President is acting by executive power that is legally conferred on him. And as you pointed out, you went over these executive orders. They’re basic, common sense things.”

When O’Brien asks him to clarify his ‘code word’ statement, Sen. Kaine answers, “We’ll see what it is. But the notion that we’re going to nullify a presidential action when the President is acting pursuant to law, you know, that’s just kind of this anti-government rhetoric that I’m surprised to hear somebody in government using.”