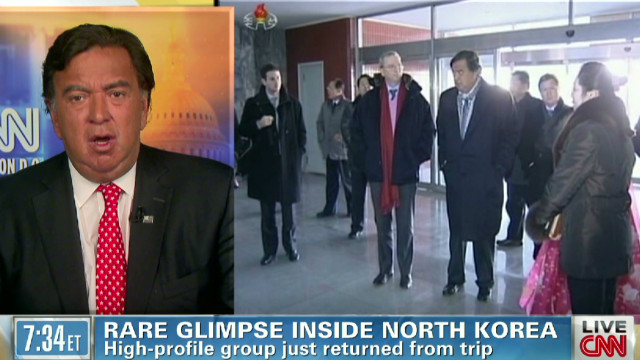 Richardson says, “Kenneth Bae is way up in the northern part of the country. It was not accessible to us, but we made the point very strongly that he should be treated properly. We were assured that the judicial proceedings on his case would happen soon. That’s sometimes a good sign because it means it may be wrapping up and hopefully, he’ll be released. But, you know, nobody had been — we do have a Swedish representative there. We don’t have representatives in North Korea, advocating for him.”