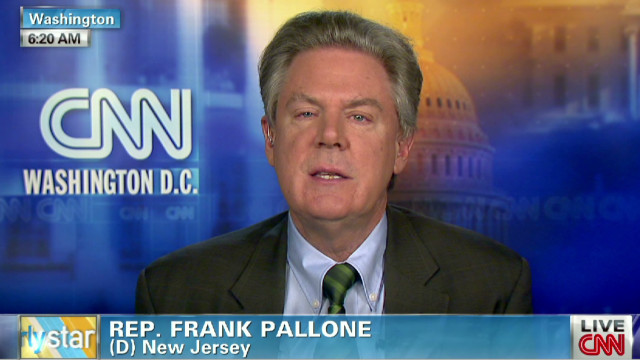 Rep. Frank Pallone (D-NJ) criticizes Speaker John Boehner for not bringing a Hurricane Sandy relief bill up for a vote on Tuesday because he thinks Boehner wanted to avoid too much spending at one time, opting for a more “obscure” piecemeal plan of lesser payments.