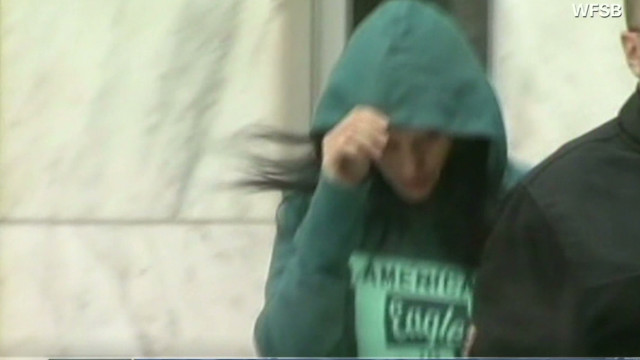 In sickening acts of exploitation, scam artists use tragedy as an opportunity to profit. The school shooting in Newtown, Connecticut was no exception. Last week CNN confronted a woman who was allegedly using the name of a young victim to solicit donations. Today she was arrested by the FBI on charges of lying to federal agents investigating fraudulent fundraising.

When our producer, David Fitzpatrick, went to the Bronx home of Nouel Alba, 37, she denied any connection to an email asking for money for the funeral of 6-year-old Noah Pozner. Fitzpatrick told her that the Pozner family was alarmed to learn a stranger was collecting funds just days after Noah’s death.

Alba wouldn’t come on camera, but allowed us to record her voice. She admitted it was her email address, but she told CNN a PayPal account where donations were sent does not belong to her. “I never sent this email out. I don’t have a reason to send any email out,” Alba said. Her explanation at the time was that enemies in the online crafting community were responsible.

“It is unconscionable to think that the families of the victims in Newtown, and a sympathetic community looking to provide them some sort of financial support and comfort, have become the targets of criminals,” stated Kimberly K. Mertz, Special Agent in Charge of the New Haven Division of the FBI.

If Alba is convicted, she could be fined up to $250,000 with a maximum sentence of five years.