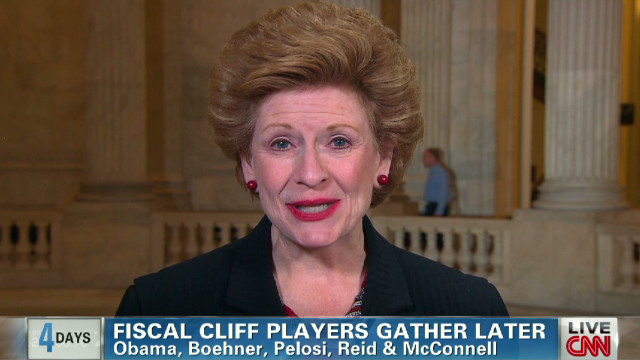 Sen. Stabenow says, “The tough part is in the House where they have taken this very extreme position about protecting the wealthiest Americans at all costs, even holding middle class families hostage to do it. And that really isn’t rhetoric. That’s what we’re seeing it over and over again.”

She continues, “I absolutely believe if it were up to the Senate Democrats and Republicans, we would get this done. I think the problem is, unfortunately, with the extreme elements in the House, and for whatever reason the speaker won’t act…. Even on something like a farm bill that we sent back in June that has $24 billion in cuts to eliminate subsidies that everybody agrees ought to be eliminated, we can’t even get them to take that up.”