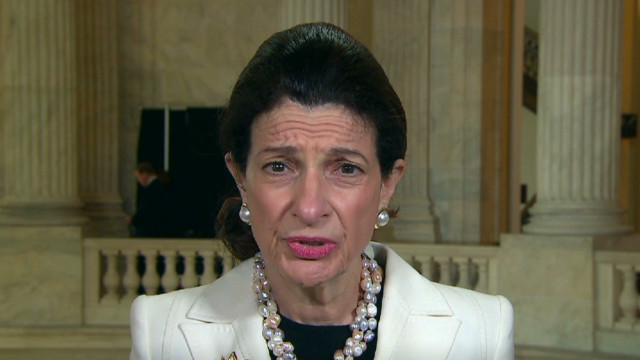 Senator Olympia Snow (R-ME) highlights importance of avoiding fiscal cliff and says that the failure to reach a deal is based on “stubbornness.”

Sen. Snowe says, “It’s going to begin in the Senate, in my estimation, to address [the fiscal cliff] and to modify maybe that legislation to go to the $400,000 the president suggested.”