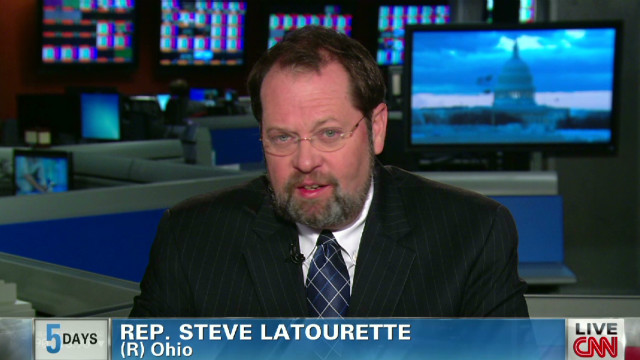 Rep. LaTourette: Vote on fiscal cliff “even if it means they don’t come back”

Rep. Steve LaTourette (R-OH) says that everything needs to be on the table to avoid the fiscal cliff and if President Obama, US House Speaker Boehner and Senate Majority Leader Harry Reid got behind the Simpson Bowles plan, there would be a chance to “solve this problem.”

Rep. LaTourette says, “This should not be above who suffers in the polls. This should be about fixing the United States of America…. People need to be willing to take a vote even if it means they don’t come back.”