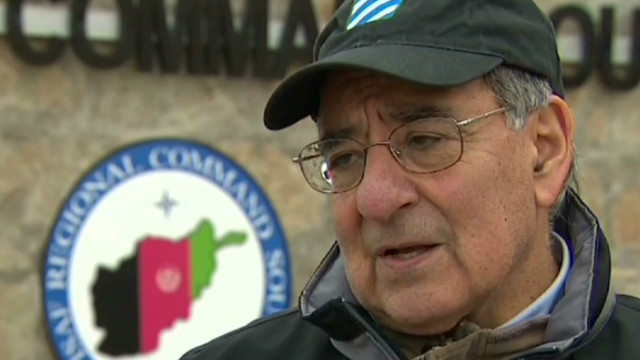 Out Front Exclusive: Panetta on al Qaeda in Mali

Tonight on OutFront, CNN’s Erin Burnett sat down exclusively with Defense Secretary Leon Panetta in Kabul, Afghanistan to discuss the situation in Afghanistan, the readiness of the Afghan military to take over after the United States leaves, and defeating Qaeda’s in Afghanistan, Somalia and Mali.

On Mali, asked if the United States would intervene, Panetta said “We’ve got to go after al Qaeda, wherever the hell they’re at, and make sure they find no place to hide.”  He went on to add, “let’s not forget, the main goal of al Qaeda is to attack the United States and we’re not going to allow that to happen again.  And if we’re not going to allow it to happen, we’ve got to go after them in Yemen, in Somalia and yes, in Mali if necessary.”

Tomorrow night on OutFront, more of Erin Burnett’s interview with Secretary Leon Panetta where they discuss a number of issues including the impact of more than a trillion dollars in defense cuts set for the end of the year, Iran’s pursuit of a nuclear weapon and the General Petraeus affair.