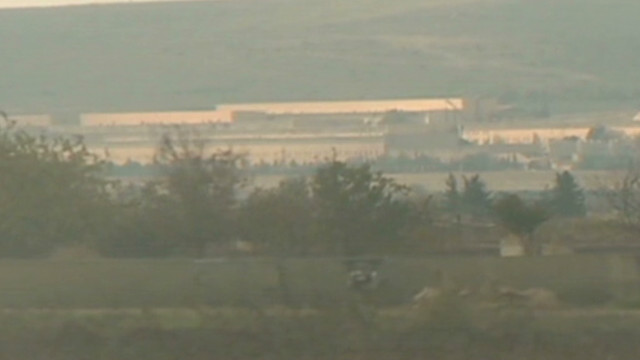 In a CNN exclusive, CNN’s senior international correspondent Arwa Damon (@ArwaCNN) attempts to visit Syria’s Scientific Research Facility, which is reputed to be one of the country’s largest chemical weapons factories. She meets a defected Syrian soldier who used to work as a patrolman at the facility, and he describes the level of security on site and what he witnessed.

This report follows Damon’s interview with Syria’s ‘Rocketman’, a rebel fighter who repurposes unexploded rockets using everyday supplies like sugar. You can watch that report here.