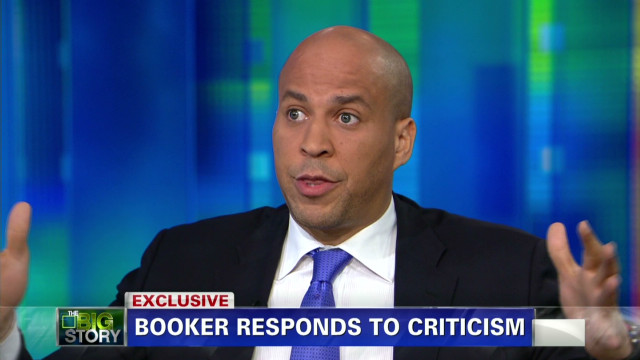 Coming up this evening at 9, “Pier Morgan Tonight” welcomes Cory Booker for an exclusive visit which comes in the middle of his personal crusade against hunger in the United States.

The Newark mayor has taken on a new challenge of late, specifically the SNAP (Supplemental Nutrition Assistance Program) Challenge, which has him attempting to eat for less than thirty dollars, over the course of a full week.

Currently on the fourth day of his pledge, Booker has received plenty of praise for his efforts, but he’s also been criticized, as recently as Wednesday, by those who feel he’s misrepresenting the food stamp program:

“It’s not meant to be your only calorie intake source,” said CNN’s Christine Romans. “‘Supplemental’ is the key. The government designs it so this is on top of what little money you might have, food pantries, soup kitchens.”

Having watched a clip of Romans’ comment, Booker responded:

“Well first of all, I hope people are sniping. I hope there’s dialogue, and attention on this, at a time that it seems like our media is fascinated with the pregnancy of a princess,” shared Booker. “Why aren’t we talking about issues of poverty? Why aren’t we talking about issues of working families, who are working full-time jobs, and still can’t make ends meet? I’m happy that the discussion, and the conversation is going on, and a degree that we never imagined when it started.”