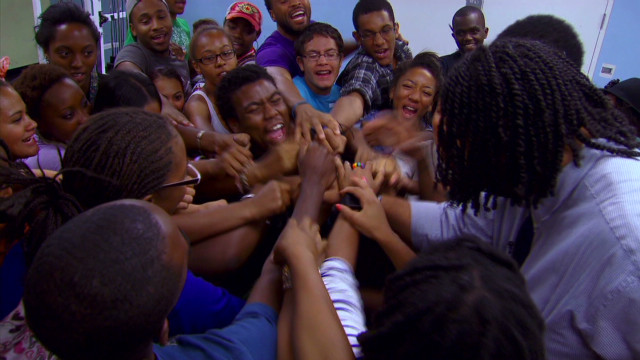 “I don’t really feel Black,” says 17-year-old Nayo Jones.  Her mother is Black; she was raised apart from her by her White father, and she identifies herself as biracial.  “I was raised up with White people, White music, White food so it’s not something I know,” she says in a new documentary that explores the sensitive concepts of race, cultural identity, and skin tone.

Is Jones Black?  Is Blackness based upon skin color or other factors?  The 2010 U.S. Census found 15 percent of new marriages are interracial, a figure that is twice what was reported in 1980.  One in seven American newborns were of mixed race in 2010, representing an increase of two percent from the 2000 U.S. Census.  Within this context, O’Brien examines how much regarding race and identity are personal choices vs. reflections of an external social construct.

Tim Wise, an author and anti-racism activist believes in self identification, but says, in practice, society often will remind biracial people like Jones of their Blackness, “in a million subtle ways,” he says in the documentary.

As the hour unfolds, O’Brien follows Jones, and her best friend and fellow high school student Becca Khalil, as they take part in a spoken word workshop led by the Philadelphia-based poet, Perry “Vision” DiVirgilio.

Vision, who is biracial, says he never felt quite White or Black enough to fit in with friends who had parents of one race.  Vision identifies as Black, and says that identity is more than skin – that identity encompasses experiences and struggles.  Through his workshop, he encourages young people to think, talk, and write about identity, as well as the concept of colorism, which he blames for his early struggles with self-esteem and identity.

“Colorism is a system in which light skin is more valued than dark skin,” says Drexel University’s assistant teaching professor for Africana studies, Yaba Blay.  Blay tells O’Brien that, as a young African-American woman growing up in New Orleans, she felt discriminated against – often by lighter skinned African Americans – due to her dark skin tone.

Blay’s work focuses on how prejudice related to skin tone can confuse and negatively impact identity and self esteem.  She aims to help others also develop positive images of cultural identity – for African Americans of all shades.

Often complicating concepts of identity beyond multiracial heritage is skin tone.  Khalil, who has light-colored skin and two parents who are Egyptian in origin, identifies herself as African American.  She feels contemporaries dismiss her African American identity due to her light skin tone.  She says in the documentary that she wishes she had darker skin.

Writer, producer, and image activist, Michaela Angela Davis says she accepts that race is a social construct, but she feels it is important for people to name and claim their own racial identity: “You are who you say that you are,” she says in the documentary.

Online, a complimentary digital extension will continue the discussion of Who is Black in America? by featuring iReports, news stories, and opinion pieces on what racial identity means today from a variety of perspectives.  Stories can be found at www.cnn.com/blackinamerica.